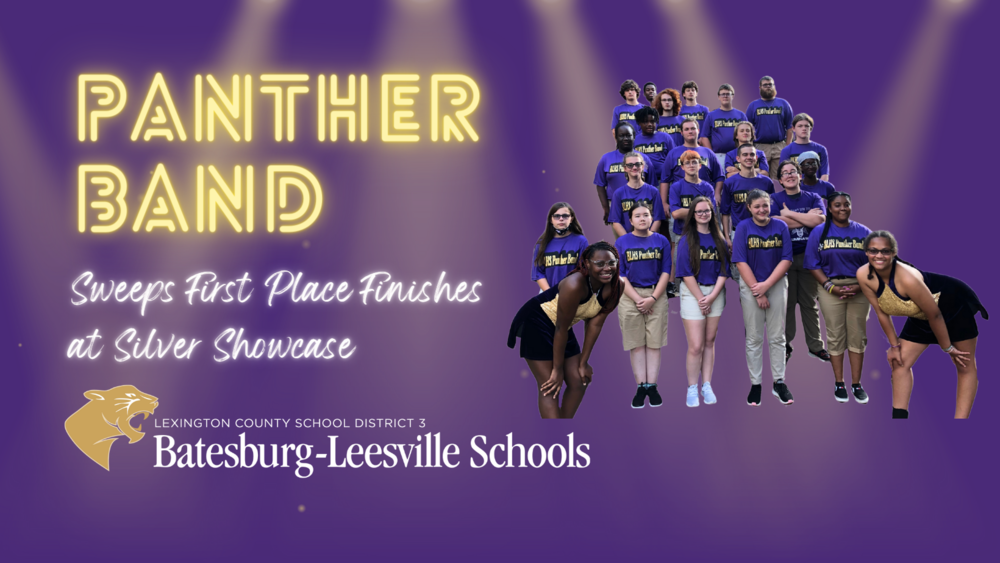 The B-L High School Panther Band kicked off the start of competition season on Saturday, October 2nd with the Silver Showcase at White Knoll High School. The group finished in first place in the Music Class 1A, Percussion Class 1A, and Colorguard Class 1A. They also placed first overall in the Class 1A division and were named the Silver Division Grand Champions of Class 1A and 2A.

It's been more than a year since the band was able to compete in competitions due to COVID-19 restrictions across the state and Director Josh Brown says students and parents alike were overly excited to kick off the fun.

The B-L High School Panther Band is composed of around 28 members with students ranging from 8th graders all the way up to seniors. This year's show is titled "For The Crown" and is based on the generalized concept of chess, with students actually performing on a chess "board" which is printed on a very large tarp.

The band plans to participate in a total of five competitions this season, with the culminating state finals championship taking place at Panther Stadium on October 30th.