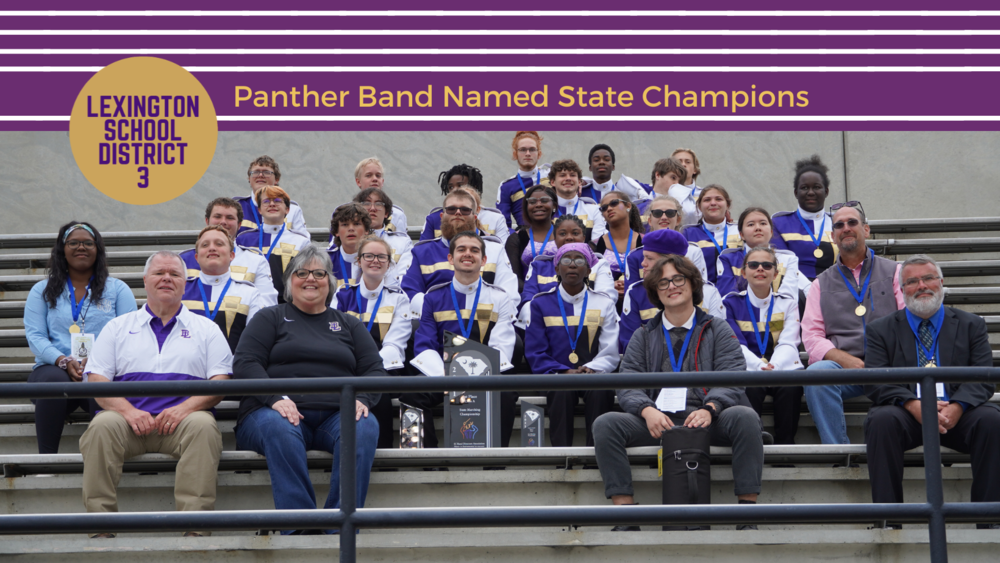 Congratulations to the Panther Band on being named the Class A State Marching Champions on Saturday, October 30th.

The Panther Band is composed of around 28 members with students ranging from 8th graders all the way up to seniors. This year's show was titled "For The Crown" and was based on the generalized concept of chess, with students actually performing on a chess "board" which was printed on a very large tarp.

The Panther Band is led by Mr. Josh Brown with the assistance of Mr. Glen Funderburk.