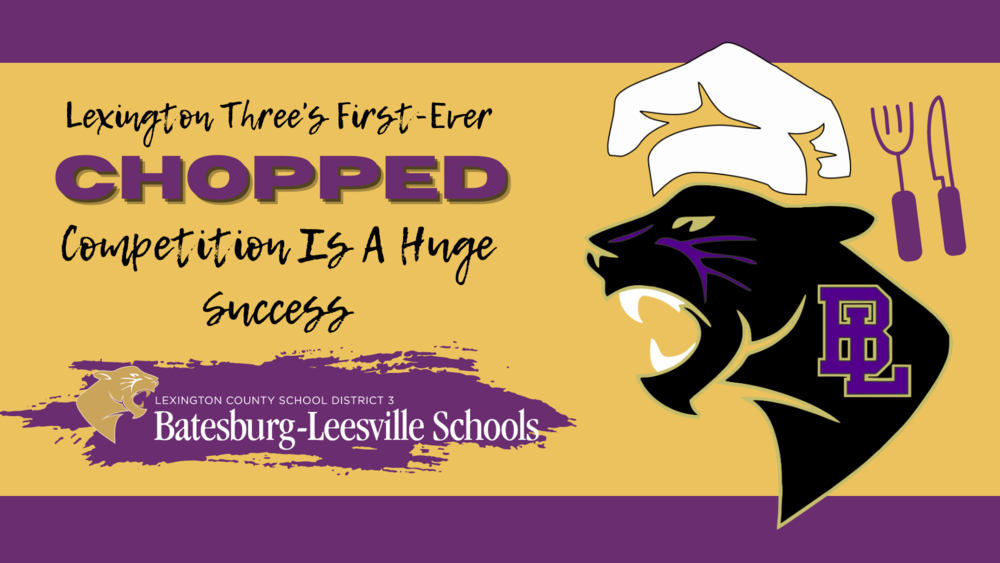 The event, which was held at Batesburg-Leesville Elementary School, consisted of four teams that were each composed of three fifth grade students from BLES as well as a district Cafe Manager. The teams were tasked with creating a delicious meal suitable for serving in a Lexington Three cafeteria out of three mystery ingredients that were made known to them at the start of the competition. The three ingredients included rotisserie chicken from House of Raeford Farms in Leesville, fresh collard greens from WP Rawl Farms in Pelion, and North Carolina grown apples. Teams could also choose additional items from an on-site food pantry to complement their dishes.

At the conclusion of the event, the orange team was declared as the 2022 Chopped Champions! Team members included Lee Stone (Cafe Manager from Batesburg-Leesville Elementary School) and fifth grade students O’Landis Oakman, Ariana Oakman, and Ivan Pascual. Their meal, which consisted of fajita-style chicken served with peppers, black beans, salsa, sour cream and a tortilla, a fresh collard green salad and cinnamon apples, will be featured on a lunch menu soon in Lexington County School District Three.

A special thanks to Town of Batesburg-Leesville Mayor Lancer Shull for serving as the event’s emcee and for Todd Bedenbaugh, Lexington Three’s Director of Child Nutrition, for organizing the competition. 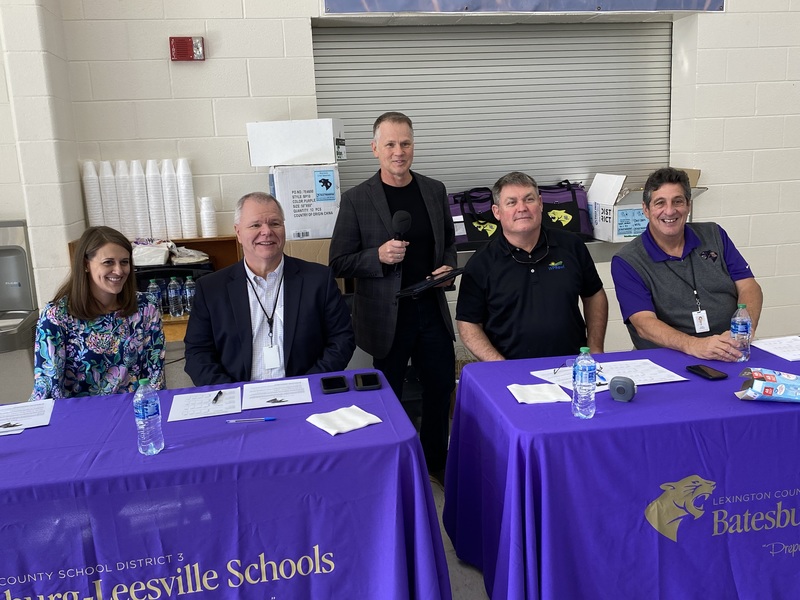